New Zealand has now progressively opened up, and we are now at level two. The next item to consider is what happens if we have another cluster of cases? What if the number of cases rises steeply? The government has stated that it has achieved ‘elimination’ of the virus, although there are dribs and drabs of new cases, mostly related to known sources. Recently, outbreaks occurred in Hokkaido, Japan, after lockdown was relaxed. The Northern Japanese island locked down for a second time in response to this second wave. Should we follow suit?

Our response depends on the answer to a number of questions. These include:

On the questions of the efficacy of lockdowns, there is likely to be ongoing squabbles, which will inevitably spill a lot of academic ink. We now have some compelling evidence that lockdowns in Europe were not especially effective. The trajectory of the epidemic was already declining in many countries when lockdowns were implemented, and the author of the article concluded that lockdowns were unlikely to have saved lives. Other evidence, such as a comparison of US States, that are either under lockdown or not reinforces this view. This analysis has now been subject to major revisions and re-analysis, but the conclusion remains the same – per capita cases and deaths from Covid-19 in each State are not materially different under either policy. The main factor linked to cases and deaths was testing rates. The more tests that were carried out by State, the more cases were found. Closer to home, our New Zealand – Australia comparison, in which New Zealand locked down harder and tighter than our cousins over the Tasman did not support the “hard lockdown” theory.

It is hard to believe with the Covid-19 blinkers on, but there are a number of other coronaviruses that have been circulating for many years that we pay little attention to. As well as the deadly SARS that has been eliminated, there are other coronaviruses that we have been living with for many years that have escaped our gaze. These latter examples are more similar to Covid-19 than SARS and MERS. These coronaviruses, including HCoV-229E, HCoV-HKU1 and HCoV-OC43 have a history of causing fatalities in resthome populations, like our new virus on the block. These viruses have now become endemic with winter seasonal peaks. With these similarities, it is likely that we will have to learn to live with future Covid-19 cases, particularly with winter around the corner.

The risk of future waves is likely to be related to the extent of our exposure to the virus. Tests of immunity in hard hit countries are returning immunity levels of about 5%, such as in Spain. Other tests of cell mediated immunity suggest higher real levels of immunity than those obtained from antibody tests alone. In Germany, 34% of antibody negative healthy donors showed markers of cellular immunity. In New Zealand, we don’t yet know our immune status, since we haven’t tested for it. With the comparative evidence that indicates that lockdowns are not especially effective, the fall in case numbers in New Zealand strongly indicates that widespread immunity is rising. The rise, fall and now low number of cases in China, with only smaller contained outbreaks after the initial peak, suggest that immunity is sustained, at least in the medium term.

We also need to consider how much of a threat the virus poses. In even hard hit countries, for the majority of working age people, the risk of death from the virus is about the same as a daily thirty kilometer trip by car. For those under the age of forty, the mortality risk is extremely low. We now know that hospitals in Australasia were never stretched, even at the epidemic’s peak. It simply makes little sense to squirrel children and working age people away, when the economic effects of lockdowns are ruinous.

The evidence that I see simply does not add up to an endorsement of further lockdowns. The elderly, particularly those who live in rest homes, deserve the greatest protection we can afford. For the rest of us, we can safely get on with our lives and progressively open up the country, even in the face of further cases. 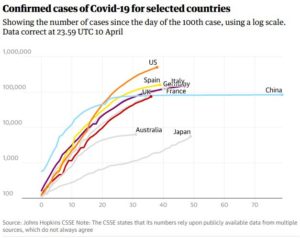